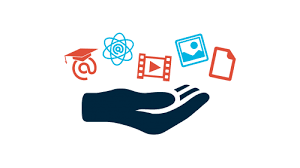 Does it seem odd that both “Farenheit 9/11” and “The Passion of the Christ” won the ” – especially because the two movies were targeted at diametrically opposed audiences?

Here, my friends, we have another example of an , for it has changed the way it allows ‘the people’ to vote (from ):

“In past years, the organization hired the Gallup group to poll the general public concerning its favorite movies, TV shows, musicians and actors. People were free to pick any movie, show or celebrity they liked. They were not limited to a bunch of fixed nominees.

This year things changed. A partnership was formed between the show’s producers and Entertainment Weekly magazine. What was described as a “front-row panel of 6,000 entertainment enthusiasts” selected nominees and then people were asked to vote via the Internet for their favorites.

It isn’t hard to see how that might change the results. Instead of the most popular films being named favorites, those films with the most rabid and loyal followings would win.

It is no secret that Mr. Moore actively campaigned for his award, seeking votes on his own Web site. Obviously, his followers jammed the PCA’s electronic ballot box.”

Chalk that one up as yet another award that I don’t really respect anymore. Web polls are completely ridiculous as a current method of polling ‘the people’ for three reasons: